With half a dozen horses confirmed starters in the field for Saturday’s TAB Highway Handicap, Goulburn trainers own a ‘Big 6’ chance of an early ‘gong’ on The Gong Day at Kembla Grange. 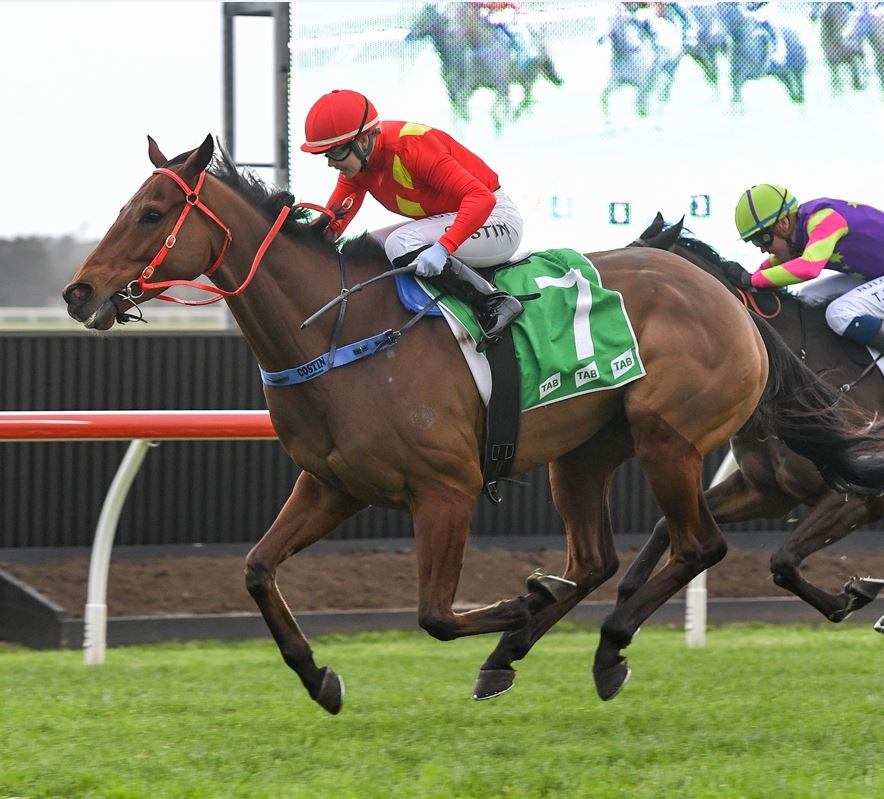 Obelos (Winona Costin) wins at Kembla Grange – the gelding is one of Goulburn’s best chances for Saturday’s TAB Highway. Image by Bradley Photographers

Goulburn Race Club’s CEO, Robyn Fife believes it’s great to see such a strong representation from the tablelands take the trek over the mountain.

“Obelos and Roc De Khaper both finished within the top four in a recent Rosehill edition of the TAB Highway whilst the Emma & Lucy Longmire-trained Dinner Lake and Zarafah both finished close up in their most recent outings,” Ms Fife said.

“Danny Williams and Jean Dubois are always competitive with any galloper they shuttle down to Highway handicaps and it wouldn’t be a surprise to anyone in the tablelands to see one of their horses bob up either.”

Goulburn will also be represented in the super-competitive looking feature on the card, the $1 million The Gong.

Fresh from the thrill of winning the Goulburn Cup on her home patch, Tash Burleigh has snuck Al Mah Haha into the race at the sly end of the weights.

Louise Day takes the reins and despite being rated a $51 chance on TAB, Burleigh was upbeat when speaking to Sky’s Racing HQ on Thursday morning.

“Stepping him out in trip, it will be exciting to see how he might go over that little bit more ground,” Burleigh said.

“He’s indicated in his work at home that he’s should be happy tackling that little bit more ground and race nicely, we are looking forward to see how it goes.”

Burleigh rates The Gong a huge challenge for the horse but likes where Al Mah Haha is at, recently posting on social media: “Big Al is ready for his toughest assignment yet.”