Armidale Jockey Club will be hoping their fortunes turn for the better at next Sunday’s Tooheys Armidale Cup Day after the meeting was washed out in March.

“This is ‘Take 2’ of our cup that was called off earlier this year,” said AJC’s chief executive, Jim Dedes. 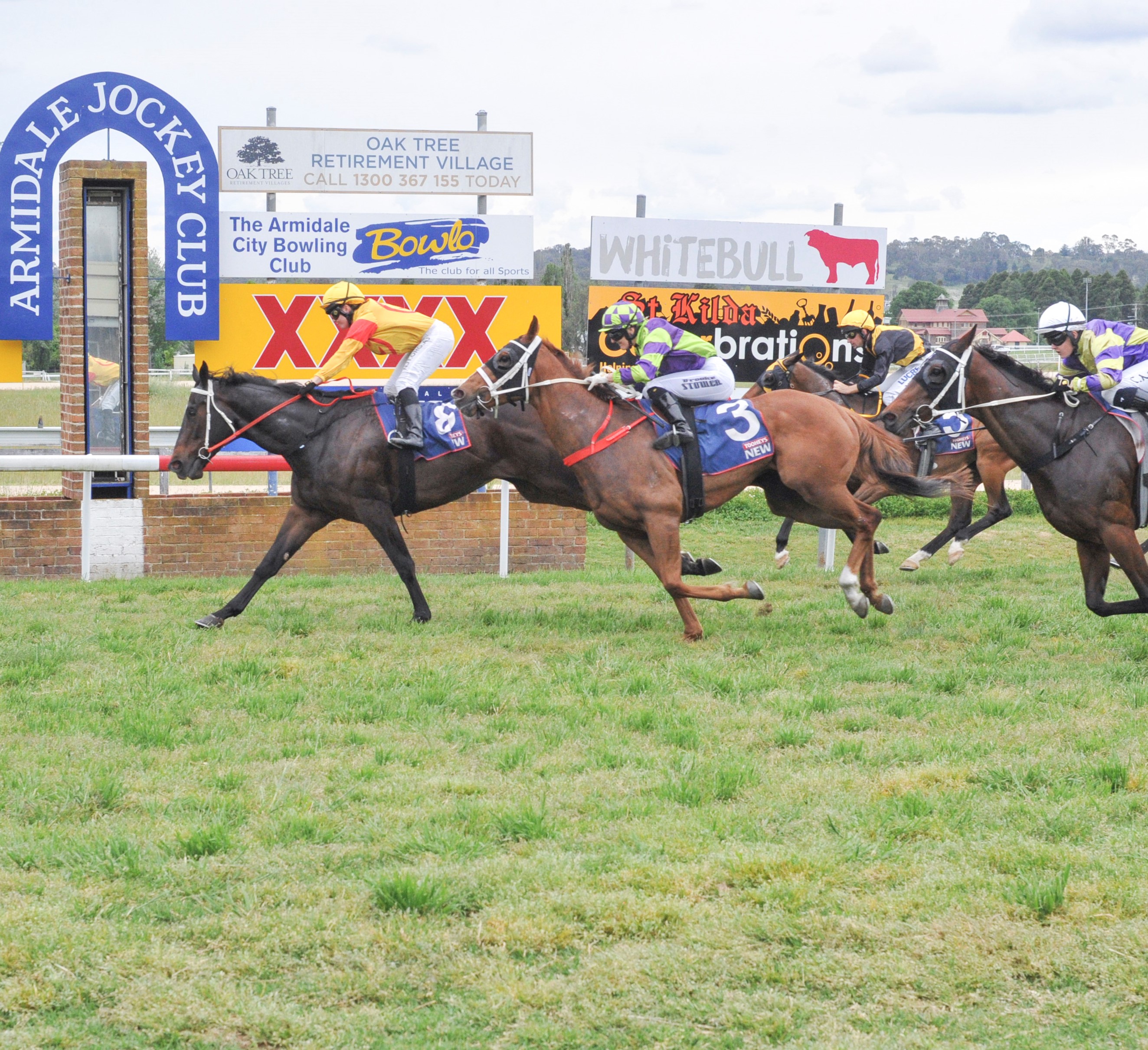 The racing action will at Armidale next Sunday. Image by Bradley Photographers

“However, it may be a blessing in disguise as we had been toying with the idea to change our cup meeting to December which will allow local businesspeople to host Christmas parties here on raceday.

“We’ve already had a great response without advertising. Tooheys has been a long-time supporter and sponsor of the Armidale Cup with our main sprint race sponsored by DeBortoli Wines.

“They’ve been fantastic as they have stuck with us during some tough times that have included the drought, floods and then COVID.”

Turners of Armidale sponsor the Fashions on the Field with a $500 voucher for the Best Dressed Lady.

“Tickets are available at the gate with eight TAB races, an on-course tote and local bookmakers, full bar and catering,” Dedes said.

There will be a Calcutta on Saturday 11 December at Servies Club from 6.30pm with special guest Dave Stanley from Sky Sports Radio.