Daunting weights are making it increasingly tougher for stout-hearted Bombdiggity ($3.60 equal favourite on TAB), but Scott Collings has still placed his stable stalwart to perfection with a claim for Jackson Searle in the historic Breakout River Cowra Japan Cup at Sunday’s booming nine-race TAB Cup meeting.

On a celebrated and traditional occasion, the race is the support for the $34,000 Cowra Lamb Cowra Cup (1700m). 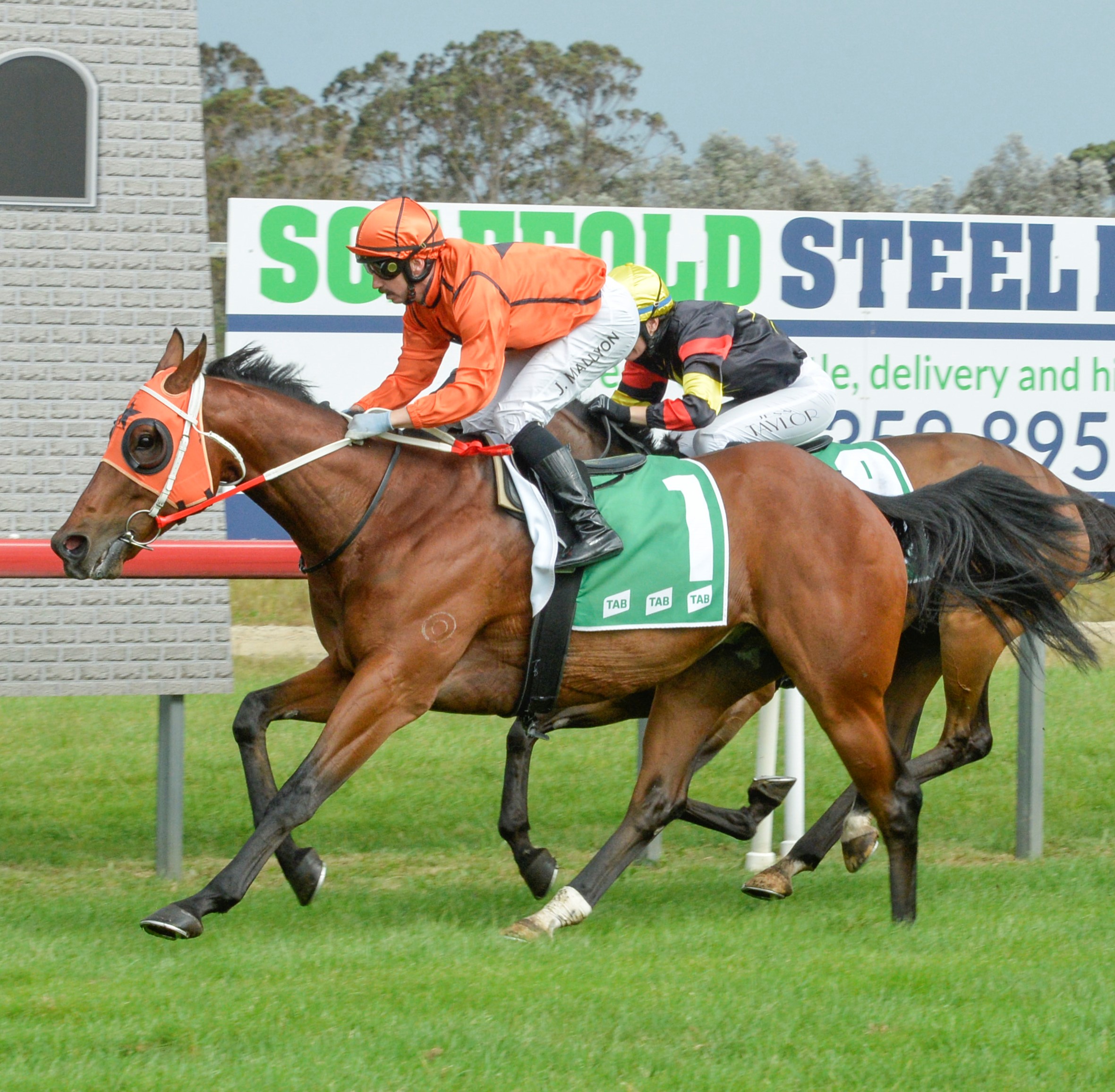 The 63kg in the $30,000 Breakout River (1200m) for nine-race winner Bombdiggity has been reduced to 61kg by the claim for the Goulburn apprentice out of the same racing city as Collings who is enjoying his most successful season yet.

The topweight is still relatively well in as he’s coming off tougher grade, winning the Moruya Town Plate and third in the Gilgandra Town Plate, both with 61kg, and previously 60kg at Warwick Farm where he led for a respectable fifth in strong company.

And in a capacity field, barrier two is vital for a renowned leader on the tight and turning Cowra track with just a 250m run home.

“The last bit of the 1200m with big weights has always been the query – at 900m or 1000m short course sprinters can cope, but I still think it’s a nice race for him,” Collings offered.

“He’s a natural leader, that’s our plan, he relaxes in races and hopefully we might be able to give them the slip with that short run home.

“We looked around and this race was the best option at the weights. On form, I don’t think this race is as strong as Moruya or Gilgandra.

Scott has other prospects on the grand annual raceday and fancies the chances at value of maiden mare Tiff’s Finale ($5.50) in the Railway Hotel, 900m maiden.

“She’s drawn, race fit mare in the right race off Canberra and Goulburn placings and you know you’ll get the right ride with “Matty” (Mathew Cahill).”

In the Cowra Cup feature, Peter Stanley’s Mudgee Cup winner Not Negotiating ($3.50 fav) is the galloper to beat with a claim for his daughter Ashleigh and an inside draw in a big field.

Of course, the Japan Cup is the tribute to the 1944 August breakout of prisoners of war at Cowra where 211 Japanese and four Australians were killed.

At present Cowra is a Good 4 in fine weather.