Plunge filly Whispering Cate will be heading to Tamworth next Friday to do another round of damage to bookmakers.

The three-year-old had posted just one second from her first 10 outings before venturing to Muswellbrook on June 5 where she was backed from $71 into $21 and duly saluted for Quirindi trainer Cheryl Grouse. 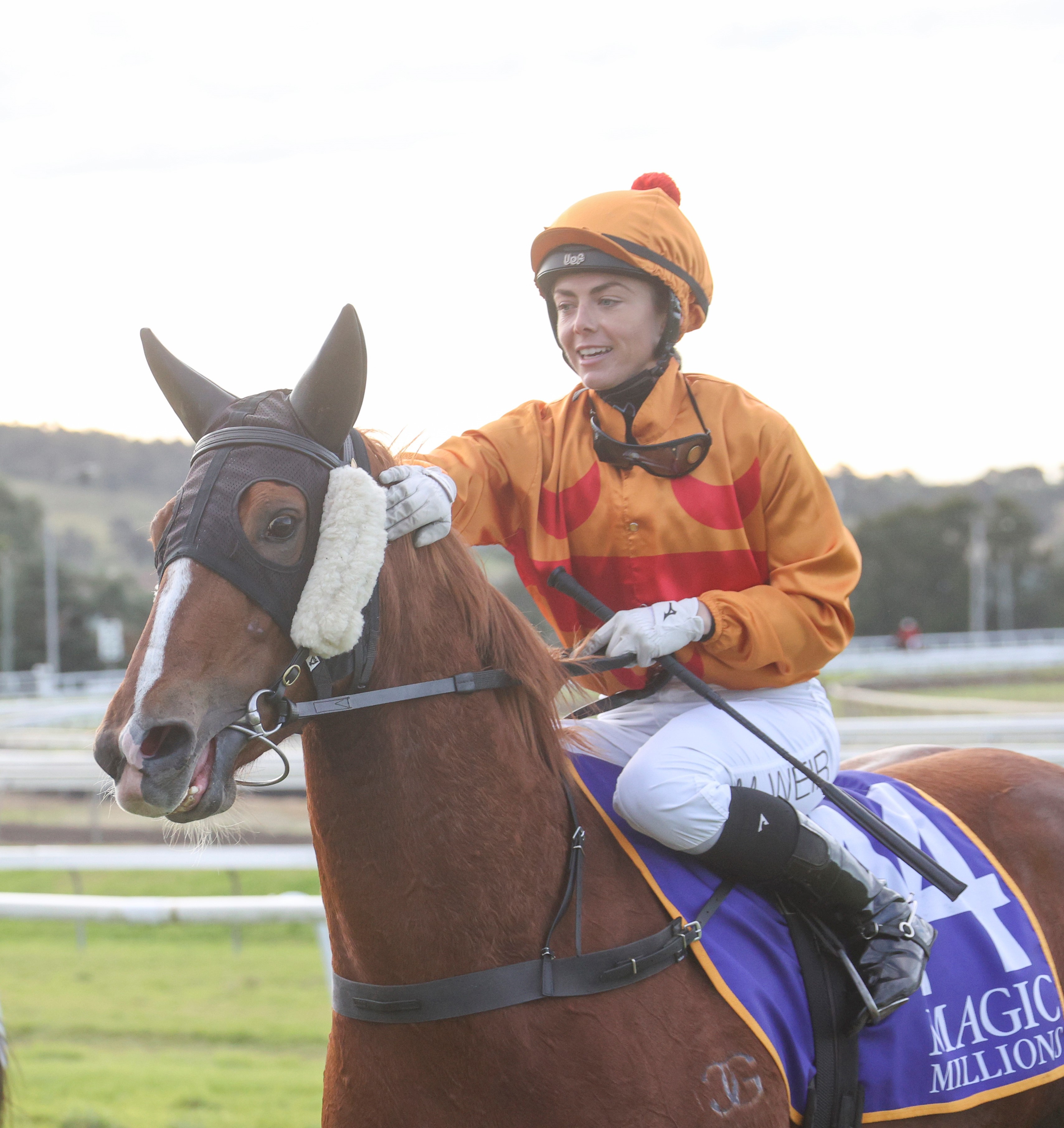 Whispering Cate is the only horse in her stables, and the trainer went close to pulling off a winning double at Scone when her prized filly was beaten just a long neck by Fanz as a $51 chance.

Friday’s Tamworth program is a Racing NSW Country Showcase meeting with $250,000 in prizemoney on offer.

“It is a day the Club is extremely excited about as we partner for the first time with Westpac Rescue Helicopter Service who will have naming rights to the program,” Buckley said.

“Westpac Rescue Helicopter is very proud to be involved with the TJC in the upcoming Charity Raceday.

“Operating since 1975, WRHS has four AW139 helicopters that operate from three bases at Newcastle, Lismore and Tamworth, servicing 1.5 million people from the Hawkesbury River, and north to the Queensland border.

“Fundraising is always a challenge when trying to keep three bases in continual operation and Westpac Rescue Helicopter’s target is $12 million.

“Sadly, the synergies between the racing industry and the services provide by WRHS are very real every day, be it track falls, race falls or people travelling to country race meetings.

“Unfortunately, accidents happen, and we are thrilled to be part of the medical response providing rapid transport for people who may need it.”

On Saturday, Talmoi Picnic Racing Club will be hoping for better luck after last year’s meeting at Garah Racecourse was called off due to rain.

However, all was not lost as they had yabby races and a band at Garah pub.

There’ll be six races with a Fashions on the Field, a big screen and live entertainment with return buses from Moree.

The Country Classic qualifiers were restricted to NSW Country-trained horses with the first seven placegetters qualifying for Sunday’s $32,000 Final.

A couple of roughies won the two heats on June 22 to gain their automatic places in the Final.