South African Lyle Chandler arrived in Australia almost broke but with resolve and passion that saw him employed by racing elite, and he continues to build solo through the TAB Highway series at Rosehill Gardens on Saturday with tough series winner Banju, his first city success.

Previously in England and Ireland and then here with Hayes, Waterhouse & Bott, O’Shea and Van Dyke stables, Chandler is well versed on Chris Waller’s introduction to Australia with a credit card “maxed out” on the way to racing greatness. 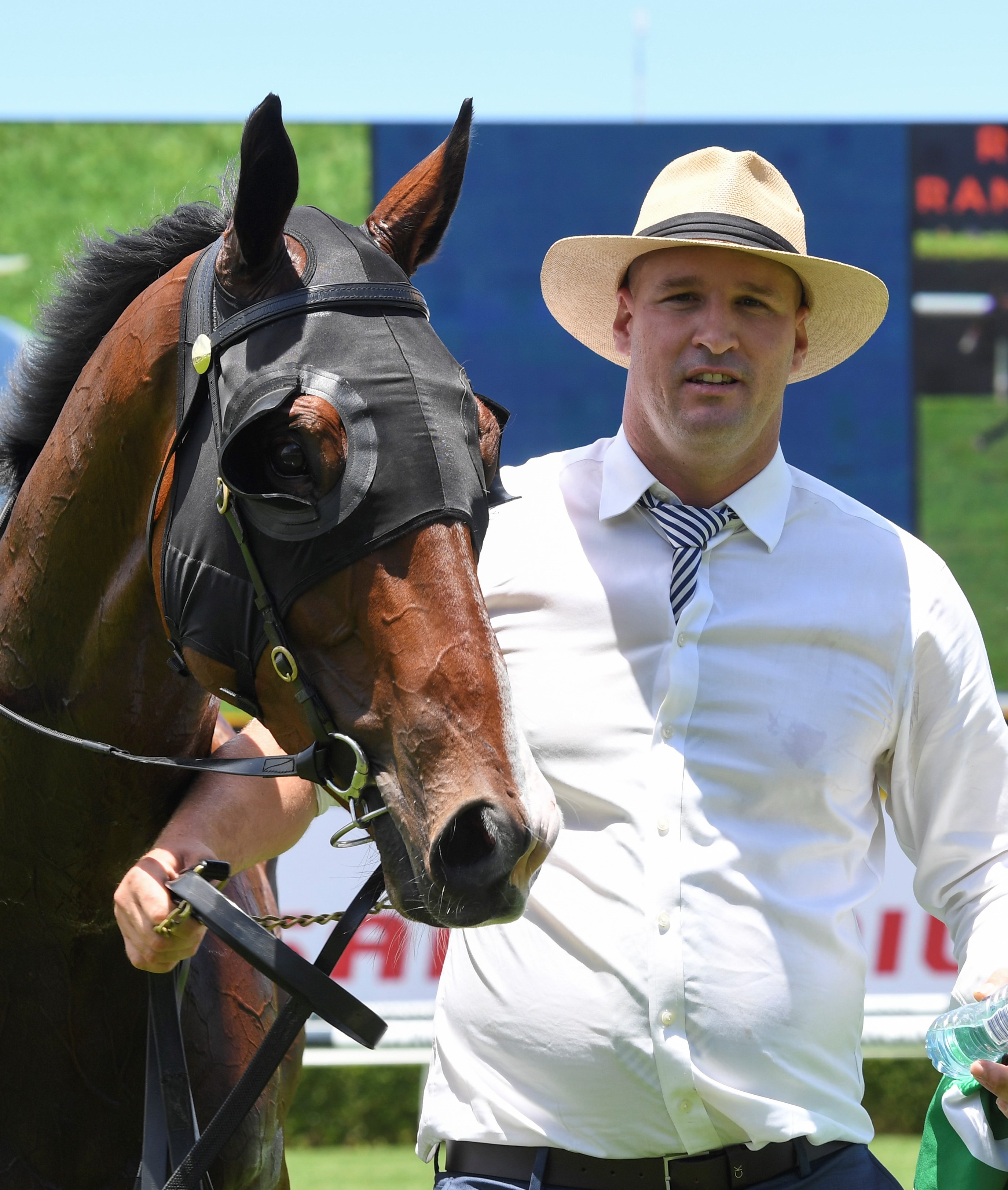 Lyle Chandler with Banju after the horse’s win on the Kensington Track. Image by Bradley Photographers

“I know the feeling to be ‘maxed out’, trying to build a stable and survive and it’s started to take shape with this horse,” Lyle said.

Ironic, as Lyle grew up on a farm near the legendary riches of the Kimberley Diamond Mines.

“Never found any, if I did I’d be up at the Magic Millions buying up,” he chuckled.

“But I’d mostly run out of options overseas; they prefer their foremen to be able to ride work. I’m 110 kilos and 6ft 4, so that wasn’t an option.

“Country racing is thriving the way prizemoney levels have increased since I started at Scone. And I’ve been lucky enough to get something so genuine and tough.”

“Drawn out (gate 14) and up in weight but he’s never worked better than the other morning. Definitely progressed and you don’t shy away if you don’t draw while they’re in winning form and eligible for that level of prizemoney.”

Banju is Lyle’s first horse since going it at alone in his third season at Scone, and the resilient five-year-old gelding by Benfica, will again give him a big sight.

Two weeks ago, Banjo carried 55kg to win a Kensington Track 1400m Class 3 episode and the conviction of his win under some adversity suggests the rise to 57.5 kg won’t be a problem.

And neither will the rise to 1500m in another class 3 in town that is unknown territory and distance for the majority of country opposition.

“Out in distance is ideal, I’m confident he’ll be effective at a mile, and you expect the weight rise with his level of consistency.”

In early TAB markets Banju is a marginal favourite ahead of the Robinson Highway regulars King’s Trust ($7) and Lord Desanimaux ($8).

A big watch is Pay the Deeler ($12) with Tyler Schiller’s claim and solid Sandown and Moonee Valley form for Phil Sweeney who “nominated” two weeks ago but didn’t accept.