And the great news keeps rolling in for Thoroughbred racing in NSW following Friday’s announcement of a new $2 million race, The Invitation.

Nowra’s Shoalhaven City Turf Club is delighted to have received $330,000 in funding from the NSW State Govt. for an upgrade to their jockeys’ facilities.

The project includes expansion and renovation of the current jockeys change rooms, with an emphasis on improving and upgrading the female jockey room and facilities. 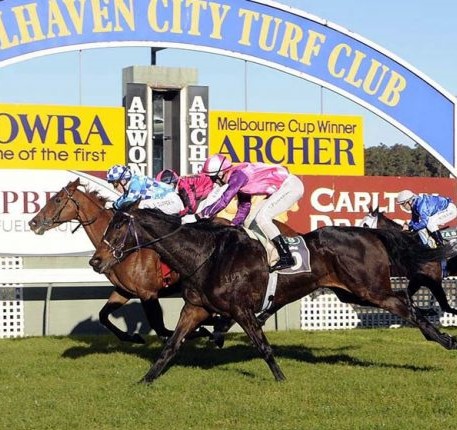 SCTC’s CEO, Paul Weekes welcomed the funding: “This project has been in the pipeline for some time and the funding will allow us to complete a much-needed upgrade to the female jockeys’ room.

“The involvement of female jockeys in the racing industry in NSW continues to grow and this long-overdue upgrade will provide the necessary facilities to accommodate their ever-increasing participation.

“The Club would also like to take the opportunity to thank both minister Kevin Anderson and our local MP, Shelley Hancock for making this possible.”

SCTC’s president, Mick Martin said: “Racing NSW has been instrumental in assisting with this funding and we are very appreciative to both Peter V’landys and Graeme Hinton for their hard work to attract this funding for not only us but for other race clubs in NSW.”

Tamworth Jockey Club is another to receive a portion of the government’s $67m towards upgrades to racetracks around NSW.

TJC’s general manager, Michael Buckley said: “We have a great group of local trainers busting at the seams to get quality stables on-course and no doubt there will be competition among trainers local and further afield to secure boxes here.

“Tamworth is one of the busiest NSW country racing and training centres with around 140 horses in work each day and hosting more than 20 racedays.

“The funding will see $800,000 allocated to the ongoing training facility and infrastructure upgrades, while $1.6 million will be injected into replacing stables at the southern end of the racecourse and allowing an additional 40 boxes to be built.

“The investment will see our racing and training facilities have a positive effect on our local community, with nearly 900 people employed in racing throughout the New England and North-West region with more money coming into the town and additional jobs created.

Member for Tamworth and Minister Responsible for Racing, Kevin Anderson said the regional racing infrastructure funding was great news for up-and-coming trainers who have been finding great success on the national stage.

“Spectators and trainers across our region know that Tamworth is the capital of country racing in New South Wales with the Tamworth Cup bringing some of the best trainers in regional NSW to our city.

“The funding will significantly boost the quality and longevity of Tamworth Jockey Club’s training facilities and stables, ultimately making our local facilities a more attractive proposition for trainers in Tamworth and further afield.”