Four-decade northern training great and Group winner Stephen Lee has seen the traditional Ballina Cup harder to win every season, but he’s invariably the man to beat on home turf.

Typically, Lee has targeted stablemates for an annual highlight for locals as Friday’s Roofing Craftsmen TAB $65,000 Ballina Cup (1590m) rises in status with the likes of Kris Lees and Matthew Dunn challenging with Doomben and city grade form in a capacity field. 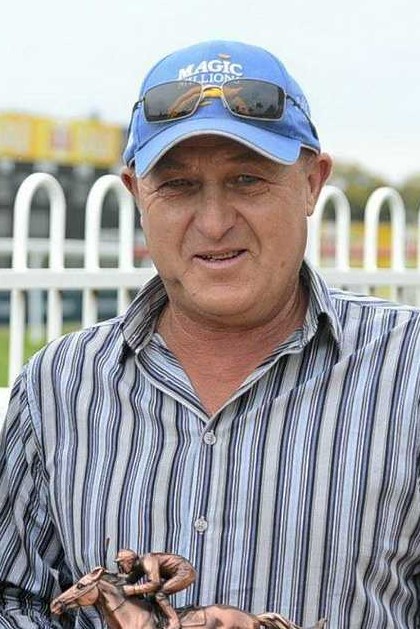 However, with Ballina a Heavy 8, Lee has the essentials covered with proven wet trackers, an airborne Toots is Tops ($12 on TAB) up in grade off a winning treble and eight-race winning veteran Pleased ($41) primed off a trial.

While Toots is Tops a ‘swimmer’ and is taking on open company, the five-race winning mare is on the 55kg limit for stable apprentice Yvette Lewis, drawn in gate 8 and has won her past two starts on pace by a total of near eight lengths.

She’s bred and owned by former Ballina racing chairman Greg Nash who has enjoyed a long and productive association with Lee.

“We’ve raced horses together for over twenty years, Toots is Tops has struck a purple patch with wet tracks; Greg bred her, won every Cup in the region at least once, he’d prefer to win a home Cup than a city race,” Lee offered.

“Kris Lees looks the hardest to beat with Kedah ($4.60 favourite) – it got home strongly at Doomben and handles the ground.

“Still, Ballina can be tricky for first-timers, always an advantage trained here and conditions to suit. “The mare will be on-pace, old Pleasant has drawn awkwardly (barrier 13), we work him mainly on the beach, but he trialled nicely.”

An interesting runner is former Flemington Group winning veteran Haky ($15) winding down his career with Dunn at Murwillumbah.

He’s had two runs from a lengthy spell without showing anything, but the distances have been too short.

Ballina remains a Heavy 8 but in clearing weather with a top of 27 degrees on raceday.