Trainer Mark Newnham is viewing Dragonstone’s presence in Saturday’s Listed $150,000 Bob Charley AO Stakes (1100m) at Randwick as not so much an afterthought but an opportunity.

The three-year-old was a late entry into the sprint after Newnham examined the nominations upon the horse’s return from Melbourne and he thought it was shaping as an ideal race to back up in. 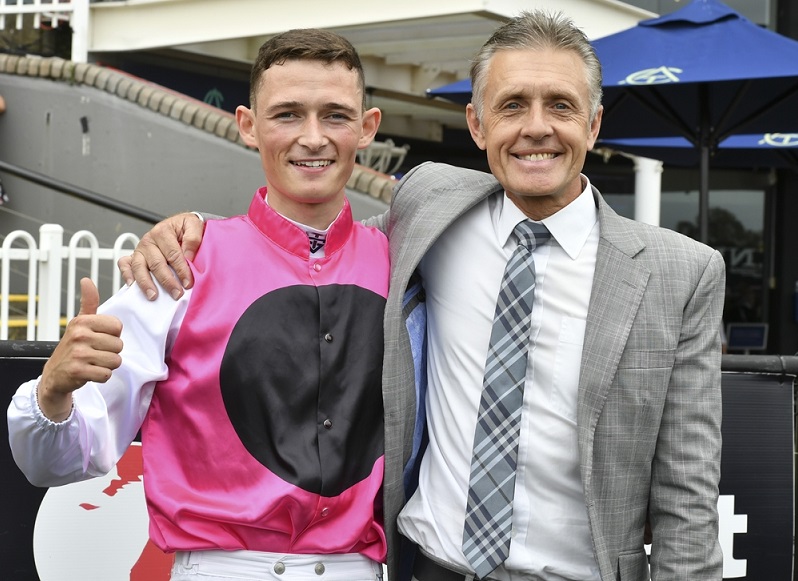 “It was only when he got back on Monday and I had a look at him he hadn’t lost any weight on the trip,’’ Newnham said.

“I had a look at the noms and decided to put a late nom in for him, the highest rated horse was 96 so he was going to get into the race well enough.

Newnham freshened Dragonstone up after chasing Andermatt home on successive heavy tracks in April so he went into the Flemington race on a soft 6 with a bit of a spring in his step.

As it turned out he settled in the second half of the field and he sprinted home strongly into second.

“That was the worry looking at the race, that the winner would get a few on pace favours but she is obviously very smart,’’ he said.

“My bloke is only a little horse and 58.5kg is plenty of weight for him. He’s had a pretty easy week and he’s going in there in good shape.”

Dragonstone, $3.60 with TAB on Thursday, has only raced once on a good track, on New Year’s Day, and won that event but with Randwick likely to be closer to good than heavy for the first time in months his record says he’s competitive regardless of the ground.

The key factor in Newnham’s mind is the barrier draw in Saturday’s race, which he says affords Tom Sherry the a rare option to have the gelding stalk the speed, as the horse did when winning at Kembla Grange on The Gong program in November, rather than try last to first heroics.

“When he raced at Andermatt he had to give him a start as well,’’ he said.

“He drew outside him both times he ran second to him and had to come back and try to run him down. From barrier four I’d imagine he would take up a better position and not right out the back.

“Hopefully a bit of pressure up front gives him an opportunity to sit a bit closer, he’s got a really good 300m on him so hopefully he can use that to advantage.

“I think he’s pretty good on all surfaces, he’s just a good consistent horse. He’s only ever had one unplaced run so he’s run on everything from Good 4 to Heavy 10.”