NSW Racehorse Owners Association delayed the awarding of their 2019/20 NSW Racing Industry winners this year, in the hope that it could be held as a ‘live’ event, rather than online.

Despite several hurdles along the way, the Association did succeed in hosting a peopled event, that was held in the Ballroom at Royal Randwick on Thursday 22 October.

The gala black-tie dinner saw owners, trainers, strappers and racing enthusiasts don their formal wear to enjoy the evening. Active jockeys were not permitted to attend, in line with COVID-related racing rules. 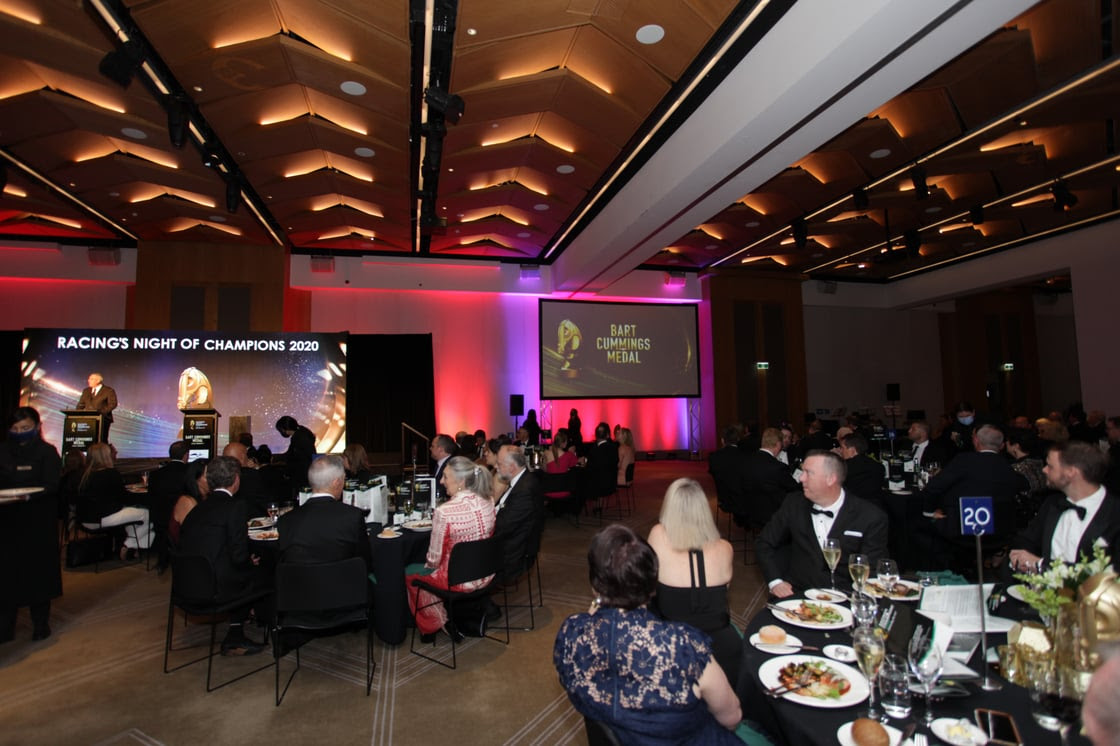 This year, the finalists were arrived at using a points system, with the shortlists then being put to a voting panel of industry experts for final selection.

The Champion Two-Year-Old Award (sponsored by Arrowfield Stud) was taken out by impressive Golden Slipper winner FARNAN, backed up by his wins in the Group 2 Todman and Silver Slipper. 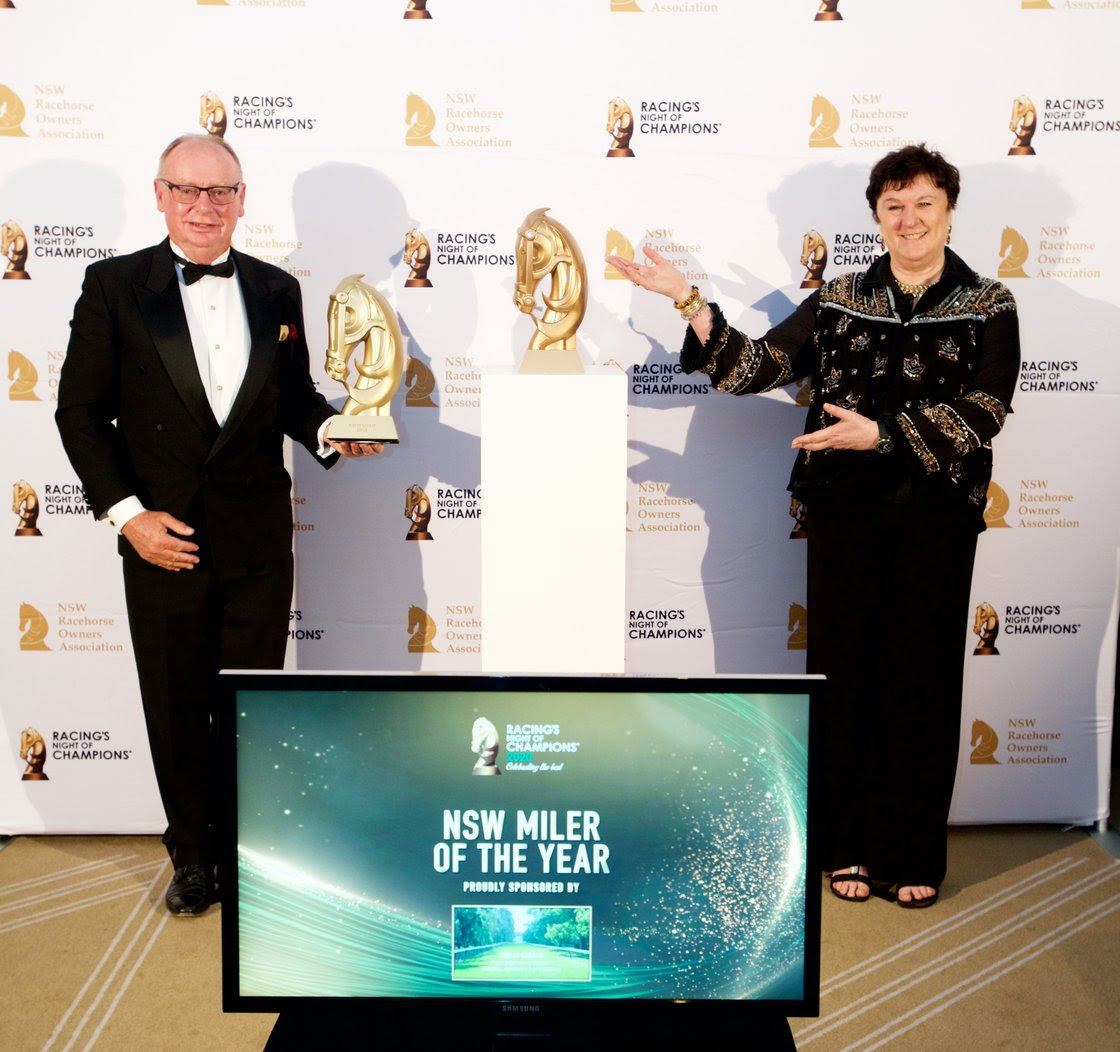 FIERCE IMPACT (Jpn) took out NSW Miler of the Year, sponsored by Wild Oaks. His two Group 1 wins during the season were supported by multiple placings at the highest level.

Sponsored by the NSW Trainers’ Association, they dedicated the award to fellow trainer and NSWTA Board member, Rick Worthington, who passed away recently.

The Champion Stayer Award (sponsored by Highclere Australia) was VERRY ELLEEGANT (NZ) for her Group 1 wins in the Hill Stakes and The Tancred, supported by excellent runner-up performances in three other Group 1 races.

The Queen of the Autumn, sponsored by City Tattersalls Club, is judged by the Australian Turf Club for the best performed horse across the Sydney Carnival in fillies and mares’ races. It was won by CON TE PARTIRO (USA), for her Group 1 wins in the Coolmore Classic and the Queen of the Turf.

Champion Country Horse, sponsored by Sky Thoroughbred Central, was taken out by VICTOREM, who not only finished second in the 2019 The Kosciuszko, but won the Group 2 Victory Stakes in May. (pic: Adam Rytenskild, MD Wagering & Media at Tabcorp with Managing Owner, Shane Conroy.) 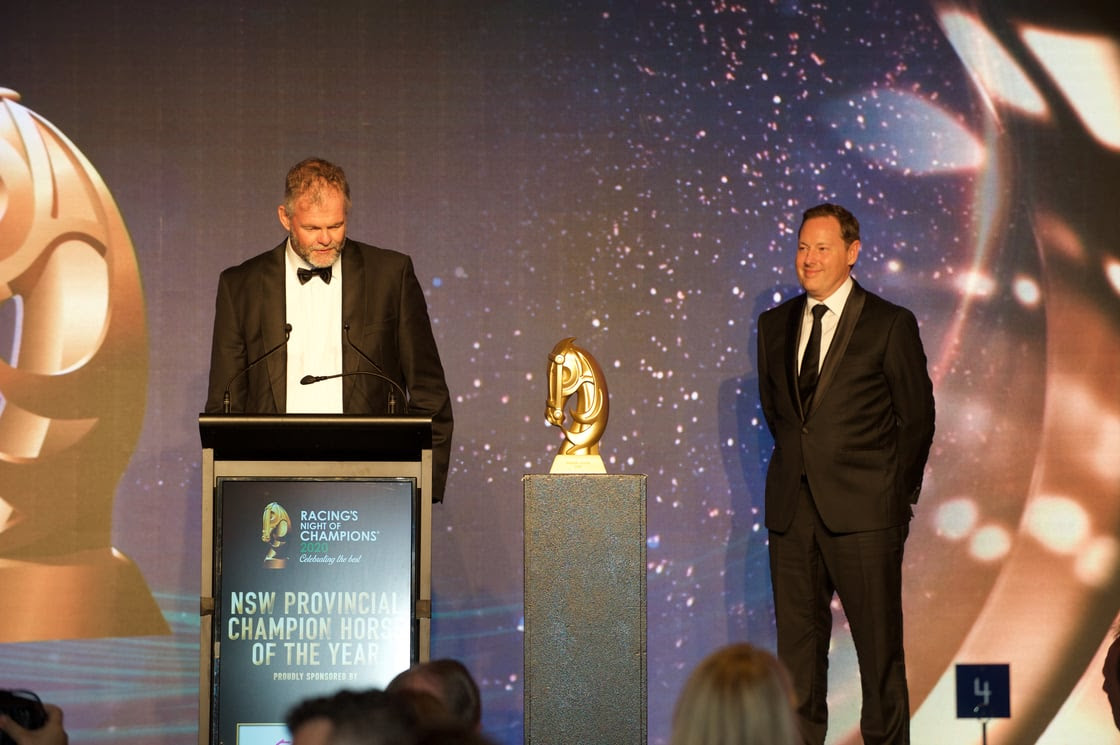 The Champion Provincial Horse, sponsored by TAB, was RAHEEN HOUSE (Ire). The three finalists were all Australian Bloodstock owned – Kris Lees trained, however, his triumphs in the Group 2 Chairman and third in the Group 1 Sydney Cup sealed his win. (pic: Part-owner Walter Power with Adam Rytenskild from Tabcorp.) Heavily decorated, Nature Strip was named Australian Horse of the Year at the recent online awards. 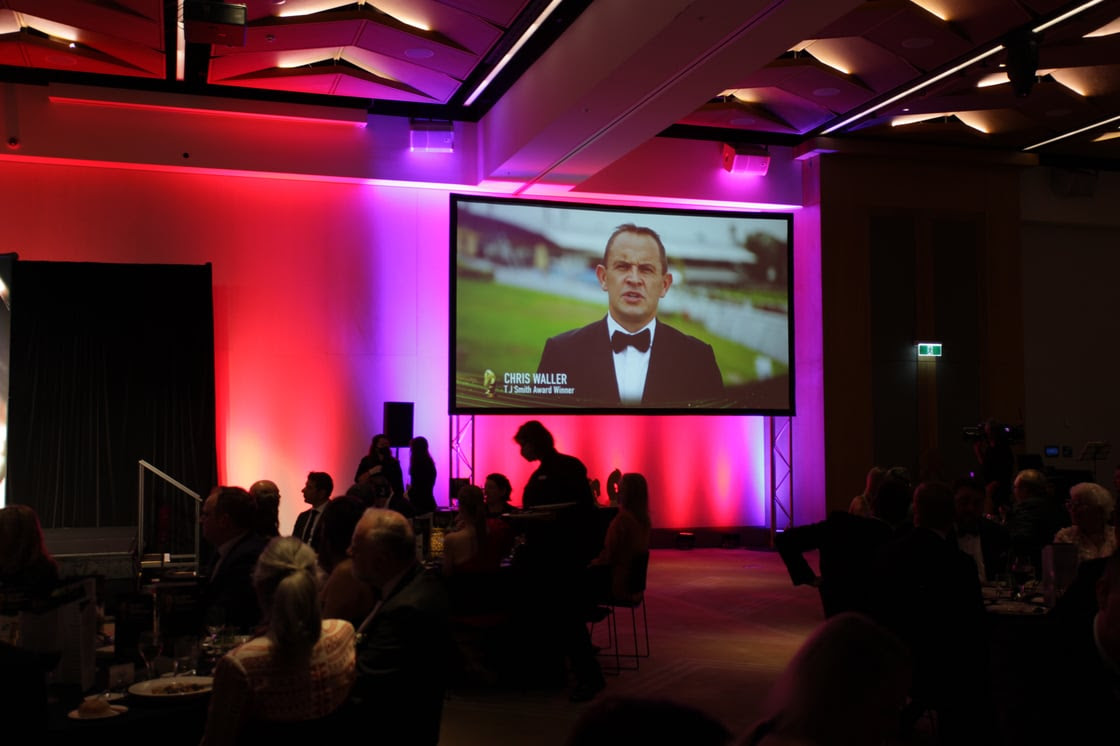 While he decided not to risk mingling at the event and accepted remotely, Chris showed his professionalism by dressing black tie for his acceptance speech, recorded earlier that day at Rosehill.

The Sydney Strapper of the Year was GRAEME WILSON from the Kris Lees yard. The BOBS Horse of the Year was a tie between the Listed Denise’s Joy winner FITUESE and EDISON, the metro winner of his last two starts.

NSWROA President, Mr Tony Mitevski said, “I would like to thank everyone for helping us ‘celebrate the best’ of the NSW Thoroughbred industry, despite the challenging circumstances.

“My thanks again to our wonderful sponsors, congratulations to all winners and I look forward to seeing you all again next year.”