To the cheers of a boisterous home track crowd, the Robert and Luke Price trained four-year-old atoned for a heartbreaking Golden Eagle defeat and convinced everyone that he’s a serious star of the future. 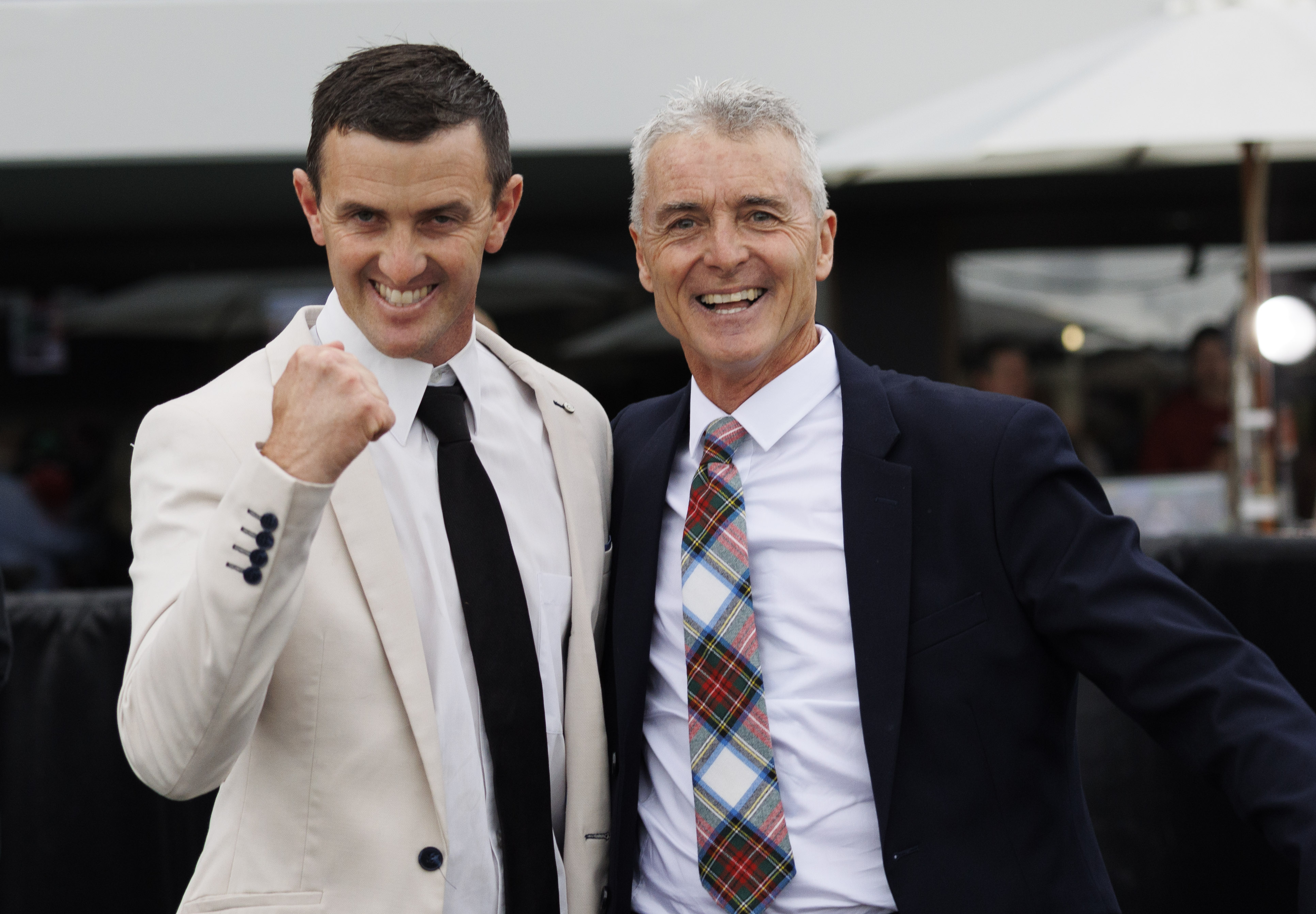 Price, letting the emotion get to him for a while before composing himself, said he’ll discuss the autumn with the gelding’s owners but is eager to audition for a TAB Everest slot with races like the Group 1 sprints The Galaxy (1100m), TJ Smith Stakes (1200m) and All Aged Stakes (1400m) on the table.

“I honestly believe I can do anything with the horse,’’ Price said.

“I’ve never overtaxed him, I always said he will get better over time. I really believe the world is his oyster the next 12 months to two years.

“The gut feel has always been sprinting. We’re going where the big money is so we will look for an Everest ticket this time next year.

“He’s a naturally clean winded horse. You saw in his win here first-up over 1200m, he went half a second faster than Anamoe and look how good Anamoe is and it was crazy how much improvement he had.

“He was stiff in the Silver Eagle and did what he did in the Golden Eagle. It’s such a dream to be where we are today.”

The Prices, Ryan and Count De Rupee had been the centre of attention all week with the weight of being the ‘local hope’ in their home track feature race.

None of them let that pressure crack them. Ryan, whose apprenticeship finishes at the end of month, plotted a perfect path from a wide barrier and had Count De Rupee in a striking spot one off the fence.

Price said he told his father not to go the early crow like in the Golden Eagle but this time around they had nothing emerging to run him down.

“He ended up in a great spot, it was such a good ride and the horse did the rest,’’ he said.

“The question mark was is he going to run a strong mile, on the wet track, and he just blew them away.

“I came here today thinking it was a normal Kembla meeting. I wanted to prepare each horse as if they were going to Nowra or Moruya for a maiden.

“I know this horse has been special for a very long time and there’s nothing more special than winning this.”

Ryan endured the bittersweet moment of running second in the $7.5 million Golden Eagle last month, where the horse earned $1.5 million for his connections, but took plenty of satisfaction out of The Gong success.

And so he should. He rode the perfect race in the Eagle and once again produced a 10 out of 10 and this time was rewarded. Though he revealed he let Count De Rupee, ‘Jimmy’ as he’s known at home, know he had a job to do.

“We had to go forward and just hope for some luck,’’ Ryan said.

“We tried our luck and I couldn’t have asked for a better run and when we came around the corner I knew we were home. I got there so easy but on these wet tracks you don’t want to stop their momentum.

“He’s still learning and gawks around. I yelled his stable name Jimmy to him down the straight and he responded, he kicked for me and we got the win.

“To get the job done on the home track in front of the home crowd, doing it for the bosses at the end of my apprenticeship, I couldn’t ask for a better way to go out.”