The five-year-old has constantly slipped under the radar and even took his trainer by surprise when a last-start winner of the Wauchope Cup (1500m) at Port Macquarie when at $16.

“He took us all by surprise when he won at Port Macquarie second-up when came right around them and put them away,” Sheppard said. 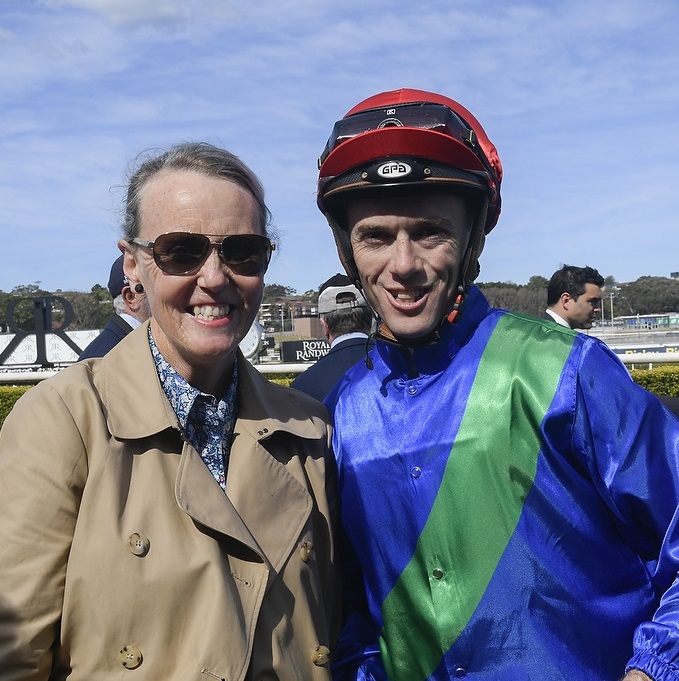 Trainer Lisa Sheppard pictured with Jay Ford after she had trained a winner at Royal Randwick. Image by Bradley Photographers

“He’s a very smart horse and has improved a great deal since.

“He was a bit plain at Doomben when resuming [10th of 11] from a four-month break, and then finished over the top of them in the Wauchope Cup.

“He was underdone for the race as we couldn’t gallop him on the grass due to the rain and he’d only had a couple of jump outs, although he generally doesn’t take much work to come to hand.”

Sheppard said his unplaced effort at Randwick in an 1800m TAB Highway in February prior to his break was a “mistake”.

Racketeering finished eighth to Highlights in what was his only run beyond 1500m.

“That was a mistake as he was a tired horse, so we gave him four months off following that run,” Sheppard said.

“He did his suspensory two years ago, and we had to rehabilitate him which is why he’s a five-year-old with just 13 starts to his name.”

Racketeering has returned four wins and three seconds from those outings and has only had one start at Grafton for one win: “A lot of horses like the track as it’s wide open and it suits him.”

First and second in the South Grafton Cup are eligible for the $2m The Big Dance at Royal Randwick on November 1: “That race is a possibility but we’re not looking that far ahead just yet.”

Sheppard said Andrew Gibbons will be aboard Racketeering as she’s “had a lot of luck with Andrew.”

“He’s only had four starts for us and funnily enough we bought him as a four-year-old for a young girl up here to learn to ride as they said he was quiet,” Sheppard explained.

“He wasn’t so quiet, so we put him back into work and he showed us plenty of ability. He needs his runs spaced out, but he has really improved and is in terrific order.

“The 1400m looks suitable as he has not raced past the 1200m of his last start, but the way he’s been hitting the line you’d think he will handle it.

“This distance could be his go now as he’s older now but if the 1400m is too far, we’ll drop him back in trip.”