Murrumbidgee Turf Club appears set to stage one of its finest feature sprints in Wagga’s rich history this Thursday. 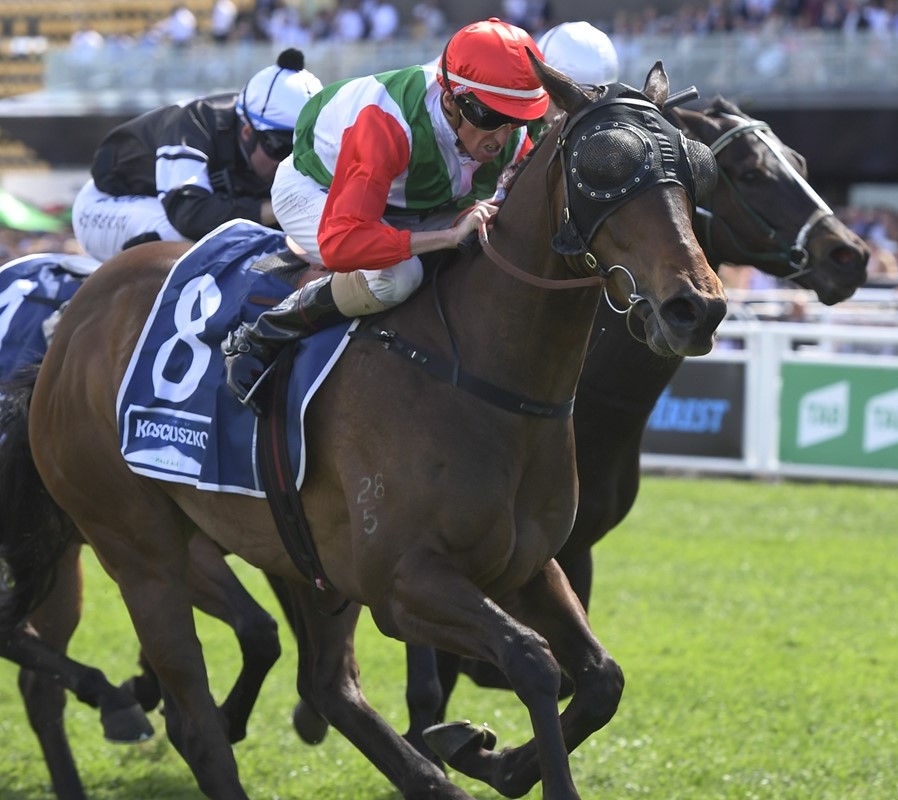 Handle the Truth (Nash Rawiller) claims the 2019 The Kosciuszko at Royal Randwick. Image by Bradley Photographers

Canberra trainer Keith Dryden prepares Handle the Truth and he is confident the winner of nine races and $1.5 million in prizemoney will give the race an almighty shake.

“I’m very happy with him,” Dryden said. “He galloped on the Canberra course proper last weekend, and it was nice work.

Handle the Truth has only raced at Wagga twice, winning on debut back in February 2018 and was runner-up to Marway in last year’s Town Plate at his only other appearance.

“If everything works out with the weight and the barrier we’ll be heading to Wagga, that’s my preference. But if not, he will go to the Scone stand-alone a week later.

“He’s getting harder to place so I might just give him the one run this preparation and bring him back for The Kosciuszko in the spring.”

Handle the Truth has not been to raceday since runner-up to Art Cadeau in the 2021 edition of The Kosciuszko in October.

Dryden said Billy Owen, who rides the six-year-old in most of his trackwork, will be rewarded with the ride.

The trainer has also entered grey galloper Fangela for the Town Plate but even though he is a winner of four races from nine starts, the quality of the entries means he is not certain to make the field.

The gelding was an unlucky second to Milamoo at Canberra last start: “He is a smart horse learning his trade, so I thought I’d throw him into the entries.

First and second horses in the Wagga Cup are eligible to run in the inaugural The Big Dance [1600m] at Royal Randwick on November 1.

MTC’s CEO, Jason Ferrario said: “This year’s Wagga Gold Cup Carnival promises to be one of the most successful in the MTC’s history judging by pre-sale hospitality tickets,” he declared.

“The naming rights for the Wagga Gold Cup were won at the MTC’s ‘100 Club Gala Night’ draw and last business standing of the 100 sponsors was local business D & S Taber Electrical, represented by Mark & Rebecca Taber.

“This year’s Wagga Gold Cup will be the 149th anniversary of the running of the first Wagga Gold Cup and after last year’s record-breaking Cup Day, the MTC is gearing up for another fabulous carnival.”