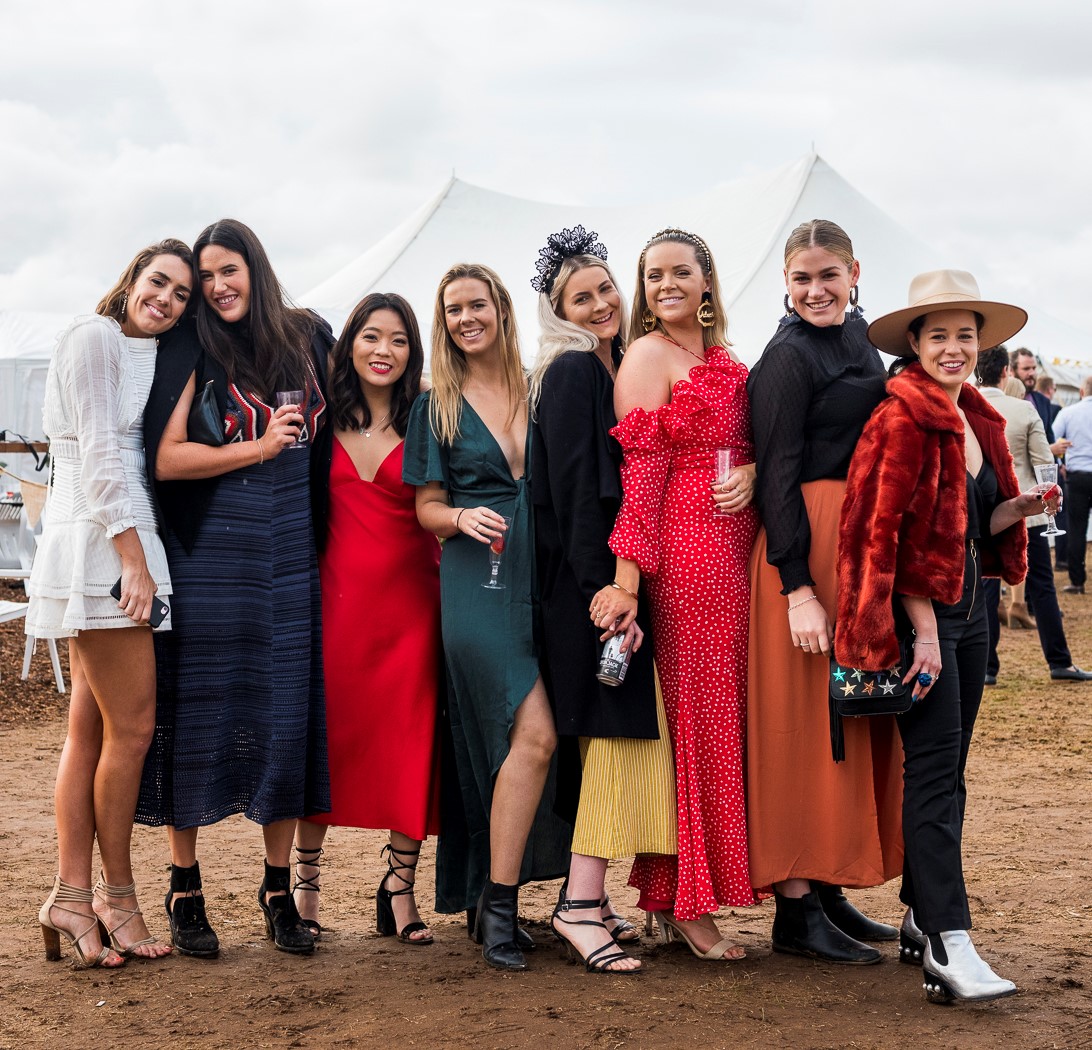 “For more than 120 years we have been holding the best social event on the calendar in the Mid-West of NSW.

Committee member, Karen O’Neill said: “I’ve been to Royal Ascot, a Melbourne Cup and witnessed Winx winning her last race, but nothing compares to a Parkes picnic raceday and our Fashions on the Field experience.”

“The band Foxy Cleopatra will be playing, and we’ll also have bookmakers, beers and bubbly,” Mr Keith added.

“It’s the perfect time to head to the Sapphire Coast and enjoy not just a terrific day at the track – although that’s definitely a part of it – but also a mass of activities all over the Sapphire Coast,” said Jess O’Donnell, SCTC’s sponsorship & marketing co-ordinator.

“It’s a big weekend with 87 jazz bands, a budgie smugger salty swim and a 100m sprint for some great prizes!”

The Club has free buses to and from the track and prior to the races, Joseph/Jones Racing kicks off the day at 10:30am staging an open day/horse parade at their JJR Sapphire Coast Stable, with a champagne breakfast, and tea and coffee supplied.

Also, next Sunday many locals and visitors will congregate at Gulgong – about 30km northwest of Mudgee – for a great day’s racing and socialising on Gulgong Gold Cup Day.

Dubbo will stage a Racing NSW Country Showcase meeting on Friday featuring the $30,000 Winter Country Classic Qualifiers for fillies and mares, and another for colts, geldings and entires.

Dubbo’s boss, Sam Fitzgerald said the eight-race program carries $250,000 in prizemoney: “As it is a Country Showcase meeting each race offers $30,000 minimum prizemoney.

“The support race is the Silver Goblet, a two-year-old race worth $40,000 with the event sponsored by longstanding supporters Kings Hall Jewellers.

The Winter Country Classic Qualifiers are restricted to NSW Country-trained horses with the first seven placegetters qualifying for the Final to be run on Sunday 26 June.

Fitzgerald said that both June meetings will be run without COVID-19 restrictions for the first time.