Mrs White and her late husband Geoff raced a long list of gallopers over many years that sported their famous white & purple silks.

“Beryl and her husband Geoff were both major investors in the industry and among the nation’s largest owners,” said Mr Peter V’landys AM, Chief Executive of Racing NSW.

“Geoff and Beryl’s contribution was immense in so many ways and we will always be indebted to them.”

“Beryl’s passing marks the end of an era, and our thoughts are with Beryl’s family and friends.” 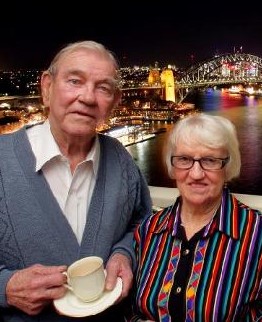 The Whites raced horses from 1974 and seven years later purchased a yearling that would race under the name Marscay, taking out the 1982 Golden Slipper.

They retained shares in Marscay who went on to become a legendary stallion at Widden Stud and was the trigger for the White’s breeding dynasty.

Some of Marscay’s progeny included Triscay and Eremein (both five-time Group 1 winners), Jetball and Yippyio with each prepared by trainer Jack Denham or his son Allan.

Geoff and Beryl purchased Robrick Lodge, a boutique horse farm in the Hawkesbury Valley near Sydney, before buying one of the Hunter Valley’s most famous studs, the 600-acre Bhima Stud, just outside of Scone in 1994.

The Whites also made a significant contribution to racing at Scone and helped establish the Hunter Valley Equine Research Centre.

Geoff, who passed away a decade ago, was working as an engineer in Deniliquin and it was there he met and married Beryl in the 1950s.