For trainer Luke Pepper, in spicy form at Scone since relocating from Canberra, sentiment rides high with his exciting filly Rebel Dreamer conceding experience and weight to rivals into a strong TAB Highway at Rosehill Gardens on Saturday.

Rebel Dreamer (backed in from $5 to $3.80 favouritism on TAB), impressive winning a Canberra double, is weighted on 56kg in a $100,000 Class 2, 1200m for Jason Collett, amidst Luke’s four-race winning streak, including a Canterbury Park success with speedy mare I Call Junee Home. 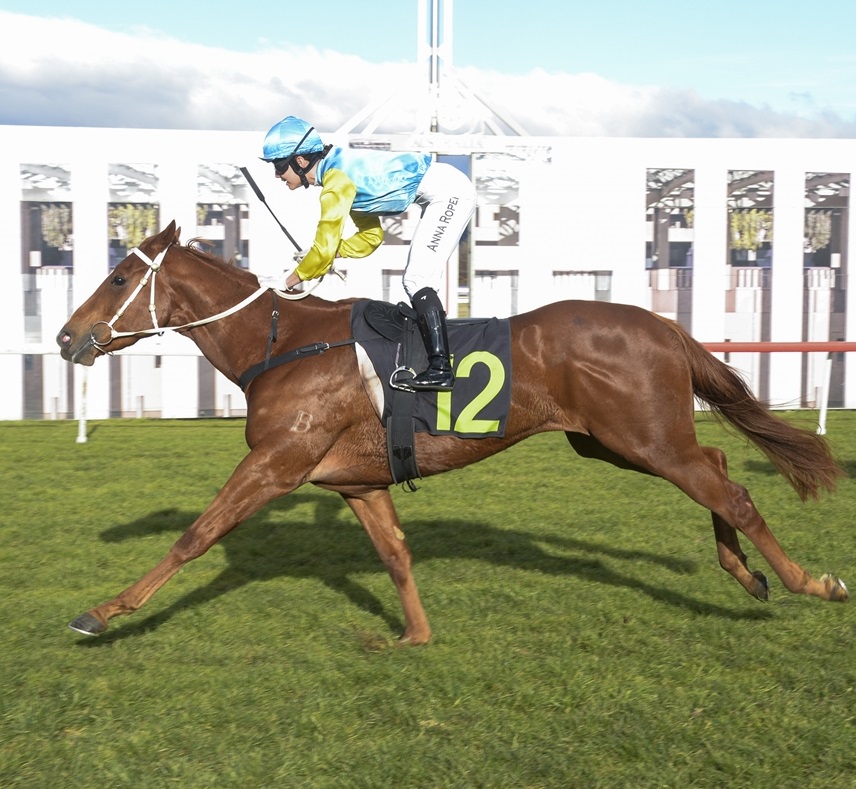 “This filly just might be something special, lovely tall and leggy been winning well on raw ability and keeps progressing super,” Luke enthused.

“I was close to her family, rode her mother Secret’s Sleeping in work when I was foreman in Canberra for Nick Olive way back, she won three including one at Warwick Farm.

“Could have been anything but broke down and went to stud after just eight starts. This filly has plenty of her mum’s natural ability.

“Same connections are also in her, sadly one of the owners passed away so Saturday’s race has some special meaning if she runs well.

“And I’m confident she can. The unknown is how heavy the track plays, but she was dominant on a soft seven, the dam handled rain-affected so that’s encouraging.

“Conceding experience and weight is always a task for a three-year-old filly and Highways are always hard to win.

“She sat off the speed in her last win, and got right over the top of them, so she’s adaptable. Obviously, this is a lot stronger form race but she deserves a crack for connections the way she’s progressing.”

Aside, Luke was forced to scratch I Call Junee Home from Warwick Farm on Wednesday in a winnable race: “That’s the way it goes, but it worked in out favour when she was balloted out of a recent Highway.

“Then I thought she could win – but when it was obvious she’d be balloted out, Canterbury was the alternative and she put a space in them.”

Luke has no regrets departing Canberra with 17 boxes on track at Scone.

“I’m just happy to be here with the all the facilities and I stay out of the politics. The overheads and insurance costs were my reasons for moving.

“But if I was still training in Canberra this filly would have been balloted out, 26th in order, similar to I Call Junee Home. Now we were sixth in order with this filly.

“So the advantages for being in Scone and the owners are obvious. But just happy to be here, I’m enjoying it, we’ve having some luck and the track and facilities are brilliant.”

Before joining Luke, I Call Junee home was a nine-race maiden for Junee’s Bernie Fraser, a former Governor of the Reserve Bank.

“Lovely man Bernie, couldn’t get trackwork riders to his farm out of Queanbeyan and it was a big thrill when she won so well in town.”