Kavanagh has entered horses for Tamworth (Monday), Port Macquarie on Tuesday and Moree on Thursday, but admits he has little idea where he’s headed. 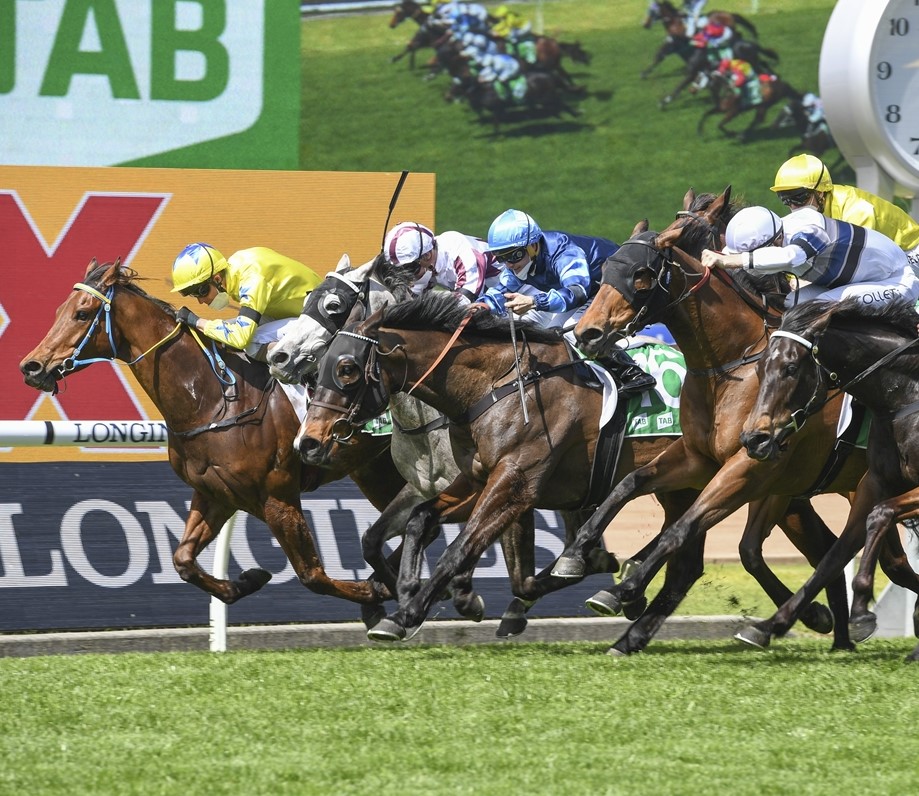 The Fossil (Kerrin McEvoy; yellow colours) squeezes through along the fence to land the prize at Rosehill Gardens. Image by Bradley Photographers

“This rain is crazy, there are heavy tracks everywhere so at the moment I’m not sure where my horses will be running,” Kavanagh admitted.

“Tamworth and Port are both very heavy as is Moree, however, there’s little or no rain predicted at Moree from now until Thursday so that looks to be our best chance for a drier surface.”

Kavanagh has nominated four horses for the three race meetings headed by South who is in the TAB.com.au Maiden Plate (1600m) at Tamworth.

The gelding finished stoutly when fourth at Muswellbrook (1400m) in his first start for eight months.

“He’s only raced twice but will need every bit of the 1600-metres as his family includes a German Oaks winner,” Kavanagh said.

The Fossil was a Highway winner at Rosehill Gardens last September when he darted along the fence to score under Kerrin McEvoy.

The gelding caught the eye when resuming for fourth at Muswellbrook (1280m) after racing wide from the 650m.

“His run under 60kg was encouraging as he was only beaten a length and has improved since,” Kavanagh said.

“He has won on a heavy track so he’s probably the only one of my team that won’t mind the wet.”

Anchor’s Point finished strongly to win first-up at Muswellbrook (900m) after being well-tried from $12 into $9.

“He has come on since his first-up win and he will find the 1000m at either Tamworth or Port Macquarie even more suitable.

“He’s only raced on a heavy track once at his second start at Taree and was beaten nearly 12 lengths, so he’ll struggle on anything worse than soft.”

And finally, Racemi, an I Am Invincible three-year-old with just two starts behind him.

The gelding last raced in August but has trialled twice since, finishing third at Muswellbrook and third on the Newcastle Beaumont Track, the latest showing pace and sticking on well under a hold.

“The breed generally dislikes heavy surfaces, so we’ll just have to see with him,” Kavanagh said. “He has ability but doesn’t possess the best of attitudes.”

The Sam Kavanagh stable has been in good form of late with four winners from his past 14 starters.