Series winners have been prolific from southern tracks and Wagga Wagga’s Gary Colvin, who won the Newhaven Park Country Championships Final with Another One, also renews a super association with Riverina’s star apprentice Tyler Schiller on promising mare Carnival Miss. 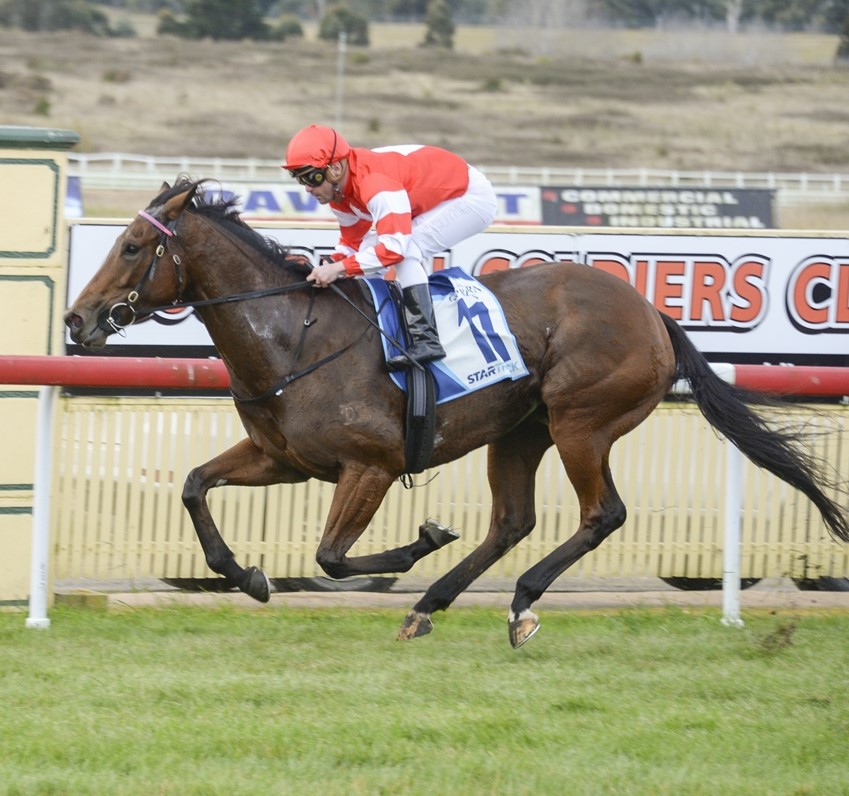 Meanwhile, Tash’s mare has drawn wide in gate 15 with Jason Collett and naturally named after the US superstar singer-songwriter, will attract omen punters and entertain an audience of keen form students through wins at Nowra and Goulburn.

“We’re monitoring the conditions and where she’s drawn but mares generally hold their form, she’s won on heavy, her owners were keen to come while she’s eligible as she’d get a lot more weight at the regionals,” Tash explained.

“And we’ve got the stable favourite Al Mah Haha ($71) resuming in a later race, well in with Ellen Hennessy’s claim and wet form.”

However, the “weighted runner” in the Highway is Colvin’s three-race winner Carnival Miss ($51) who has compelling form at home with 60kg and 61kg.

“A tough genuine mare, well in with 54kg off second in the Queen of The South, strong form race for a Class 3, just hoping Tyler can get near 52kg with his claim,” Colvin enthused.

“Highways are getting harder to win for the prizemoney, but worth a crack.

“She’s always competitive, 1400m form and her best is on wet tracks. Most of her owners are from Tumbarumba, it’s a big thrill having a city starter.

“Tumby races once a year and anti-clockwise, up and down hills, it’s a great day. I see Tyler rode a double at Rosehill, just about win on a ‘Rockin Horse’ right now.”

Schiller has ridden 54 winners this season at a near 12%-win rate: “We’ve had a lot of success.

“Terrific young rider does his homework and form, knows when you’re a chance.

“He’s gone to another level apprenticed to Mark Newnham, getting on quality for the bigger Sydney stables. Didn’t surprise us down here.”

Another One is spelling with Colvin understandably entertaining high hopes of a slot in The Kosciuszko.

At present Royal Randwick remains a Heavy 10 with no rain forecast for Thursday and Friday.