Eduardo has secured his third shot at the $15m TAB Everest but for the first time trainer Joe Pride can start his preparation knowing he doesn’t have to prove he deserves his place.

Yulong Investments, who celebrated Everest success in 2018 with Redzel running in its slot, has given Pride the license to prepare the rising nine-year-old to peak on October 15.

Pride is adamant Eduardo, having only raced 27 times, still has a peak performance in him and if he can produce that on Everest Day he will go a long way to finally downing defending champ Nature Strip at the Randwick 1200m.

“There’s no reason to think he hasn’t got possibly the best run of his career still in him,’’ Pride said. 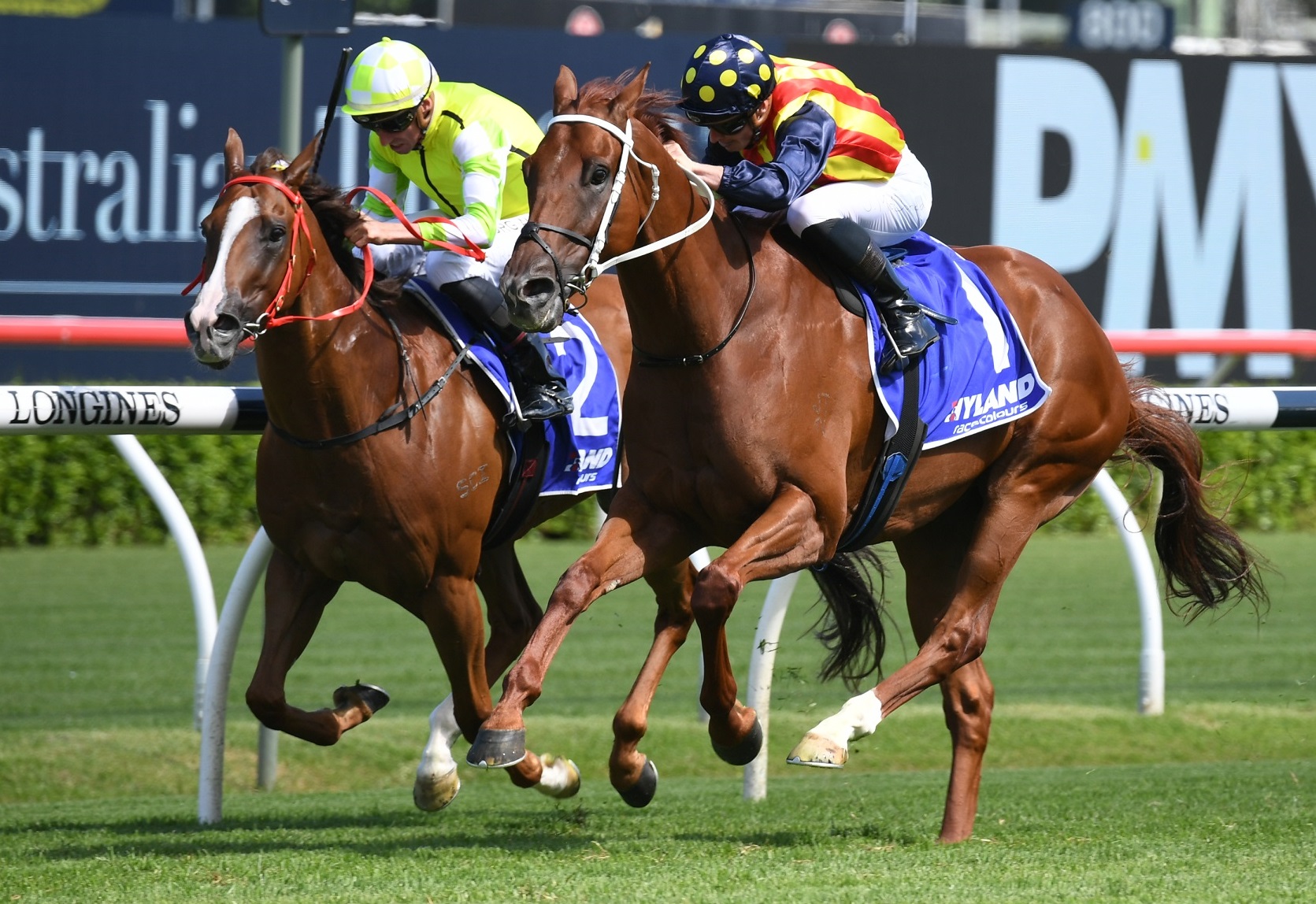 Eduardo (inside) and Nature Strip are set to do battle again in the 2022 TAB Everest. (Pic: Steve Hart)

“I’ve had plenty of horses over the years that have had their best performances beyond that position of their career. There’s no reason why he can’t do that as well, he’s an amazing horse.

“These two horses have been at amazing level now for a couple of years.

“There’s been some contenders come along through that period but very few horses have been able to beat them.”

In his two Everest attempts to date, Eduardo has finished 11th behind Classique Legend in 2020 and third behind Nature Strip and Masked Crusader last year.

His selection means the trifecta from the 2021 Everest has now been snapped up.

He downed Nature Strip in the Challenge Stakes in March then ran second to his great rival in the Group 1 TJ Smith Stakes in the autumn and Pride believes not racing the gelding in Brisbane this year will give him his best chance to finally climb the mountain.

“He was crying out for a good spell. I thought he was good in the autumn but probably not at his absolute best,’’ Pride said.

“I think he is having a really significant break up in Queensland and that will have him back to his very best in the spring.

“As it was last year you figure you’re going to be there, you still need things to go right to get there because they are flesh and blood but it is nice to have it signed up early.”

The plan for the spring is for Eduardo to have two runs leading into the Everest, as opposed to just the one in 2021, and he’ll likely kick off in the Group 3 Concorde Stakes (1000m) on September 3 before attempting to defend the Group 2 The Shorts (1100m) two weeks later.

Pride said that program will both compensate for the longer spell and ensure he can have a month between runs going into the TAB Everest then once again tackle the $1m Nature Strip Stakes (1300m) on Golden Eagle Day.

Troy Stephens, the Racing, Sales and Nominations Manager for Yulong, said Eduardo has been consistently one of the best sprinters in Australia and all concerned are rapt to have him secured early.

“We know the standard of performance that Eduardo can deliver on his day and can’t wait to see him step out this Spring,” Stephens said.

“He’s currently spelling in Queensland and will follow a traditional lead-up path to the race, so that gives us confidence he’ll get the right preparation to succeed.”

On the back of Mazu being selected by the Star and Arrowfield on Wednesday, one third of the TAB Everest field has now been locked in, five months out from the nation’s premier sprint race, with Eduardo $9 in TAB’s all-in market.