D-Day on whether 2020 TAB Everest champ Classique Legend has his fourth attempt at Australia’s richest race later this year will come in the second half of July, trainer Les Bridge has revealed.

Speaking on SEN’s Bensley program, Bridge said the grey is in the final stages of his rehabilitation from a suspensory injury sustained when he ran fifth, beaten two lengths, behind Nature Strip in the 2021 edition.

It’s not a given at this stage that Classique Legend, currently on the third line at $9 in TAB’s all-in Everest market, will contest the $15 million race on October 15. 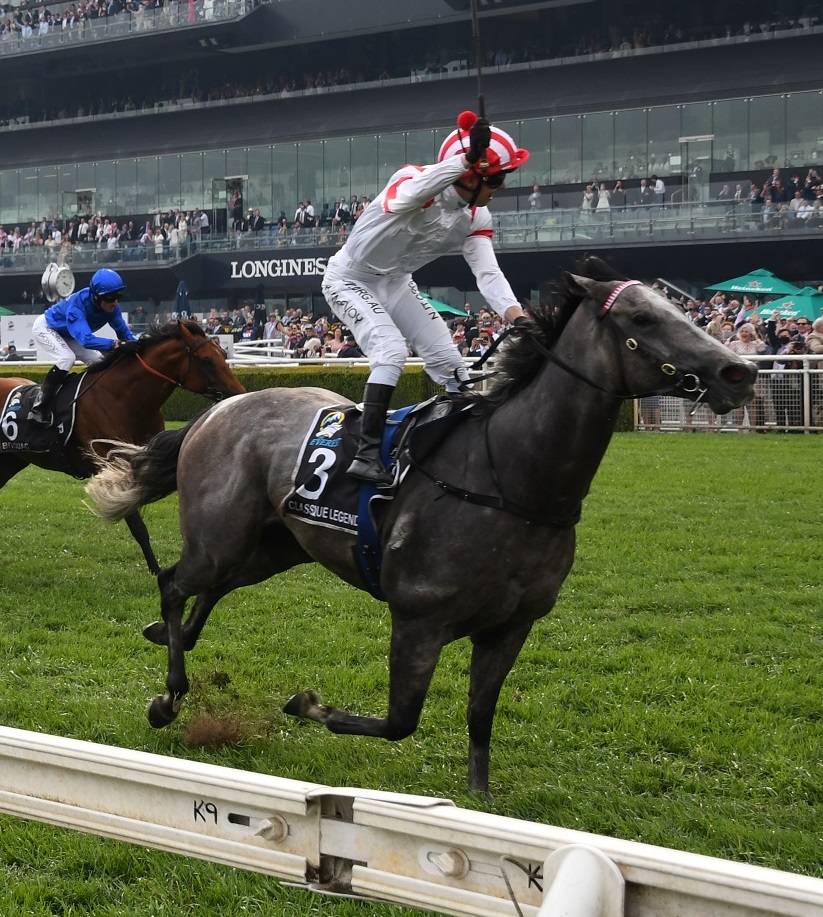 “He’s been in for about a month and has been on a rehabilitation program for his suspensory ligament,’’ Bridge said.

“We’ll keep him going the way he’s going and see how he progresses.

“I’ll get to a stage where I’ve got to make up my mind whether I go to the Everest or use this as part of his rehabilitation and go a bit longer and wait for the TJ Smith. That’s what it’s down to now.

“As long as the suspensory is going good we’ll keep going.”

Classique Legend has spent the best part of the last month restricted to treadmill work and has recently commenced slow work on the track with Peter Robl doing the riding.

Bridge said the suspensory will be scanned again in about a month, in late July, and that will be when he informs owner Bon Ho whether the rising seven-year-old will be fit to take his slot in the TAB Everest.

“We’ve got to be sure that when we can put the pressure on him he’s going to stand it,’’ Bridge said.

“I think we will get him right, it’s just going to be a matter of time.”

It’s amazing to think that Classique Legend has only had 14 starts. He’s won six races and just shy of $10 million in prizemoney.

What will stand him in good stead for a spring return is the fact, despite his injury, for the first time since he was a four-year-old and contested his first Everest, the horse has been able to enjoy a proper spell.

“The horse never really had a good spell, he was here then Hong Kong and all over the place,’’ he said.

“At least we turned him out and gave him a real good spell. The horse looks amazing, he’s a powerhouse, we’ve just got to hold him together.”

Four horses have been secured to run in the $15 million TAB Everest (1200m) in 2022 including the trifecta from 2021 – Nature Strip (Chris Waller Racing), Masked Crusader (Whitby/Werrett) and Eduardo (Yulong) – plus up and comer Mazu (The Star & Arrowfield).